As promised I am here with  all the fun and adventure
I had during the event Street Night Art.

I am sure you did read about it all in my last post
Street Night Art
So now let me take you on an adventure !!
Yes I am sure you are going to lurve it  :)

"Did i forget anything?"
...the question I asked myself a thousand of times...
.although I knew I was going to get everything there  :) 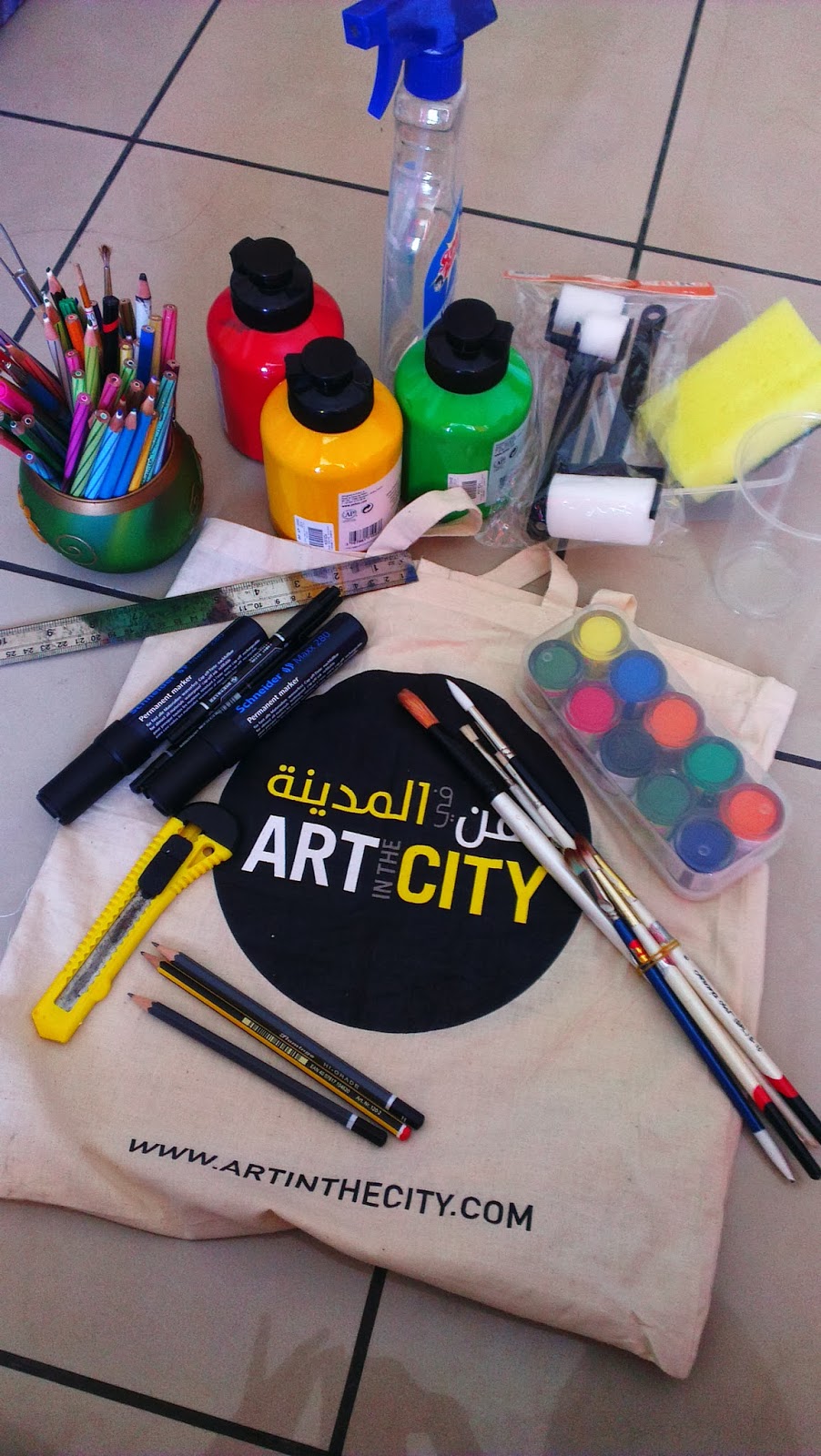 This is how the street looked when I reached !
By the way I was there an hour and a half early...
now doesn't that show my overwhelming enthusiasm :) 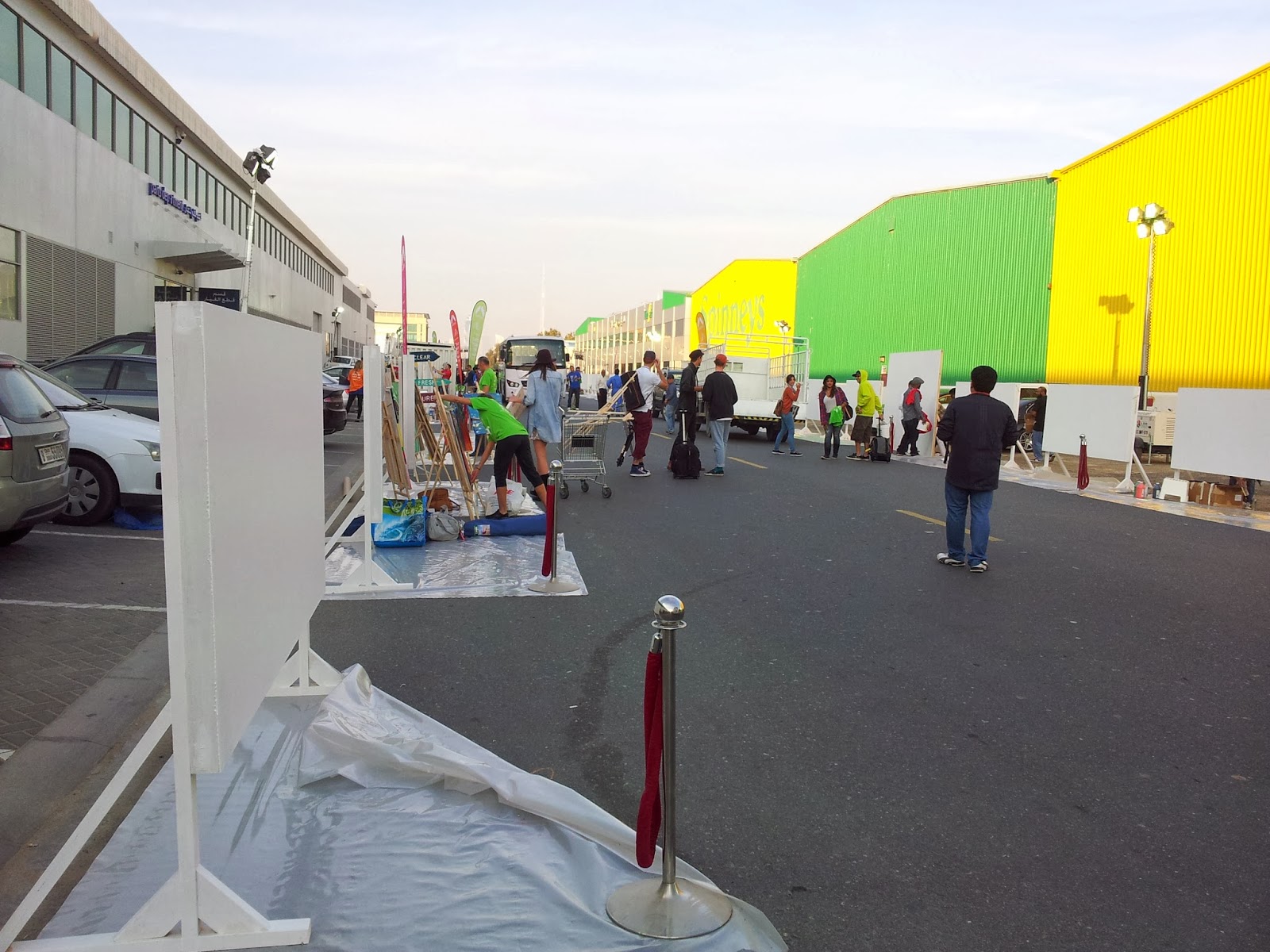 The big blank panels we were supposed to work on !! 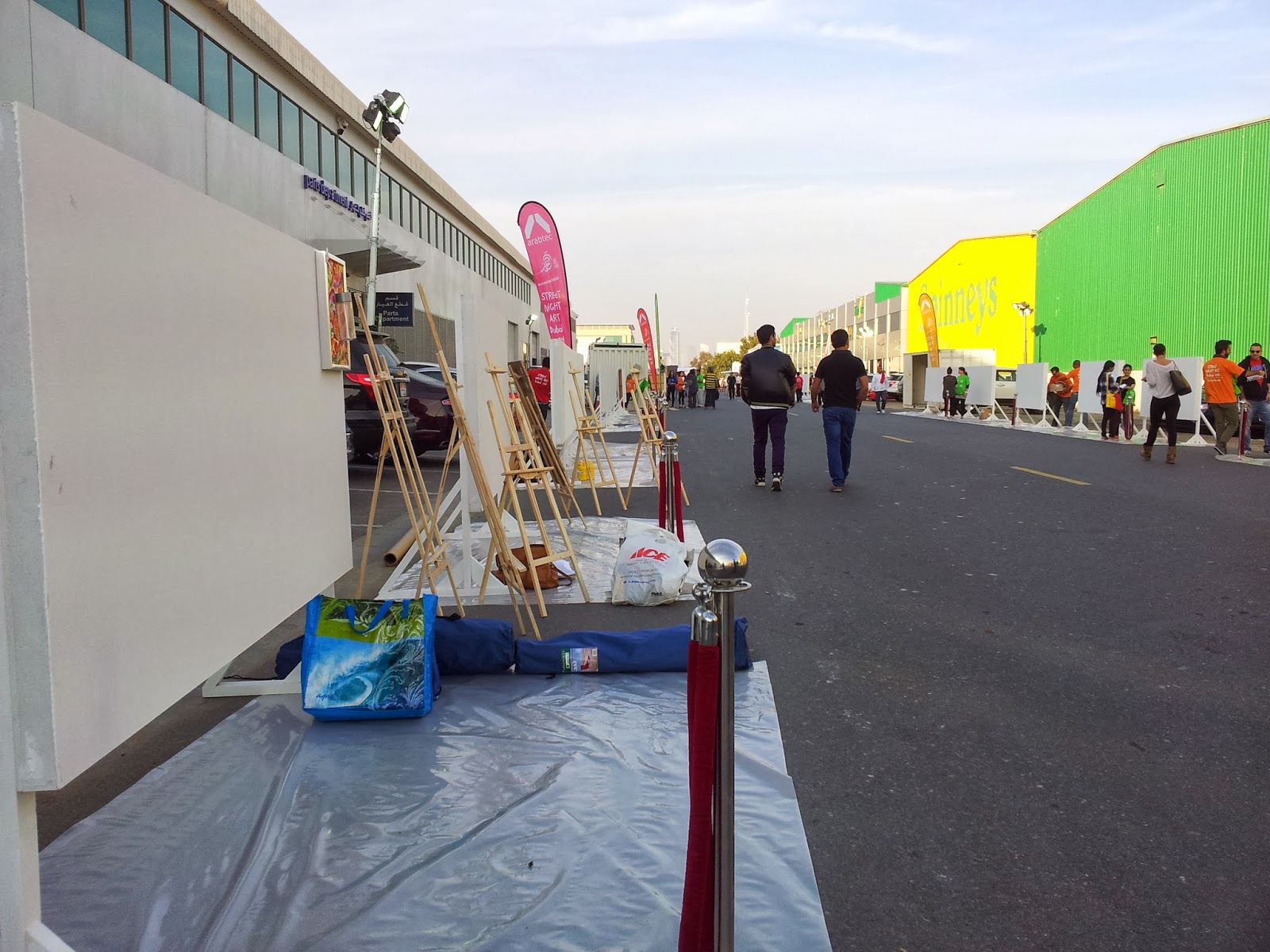 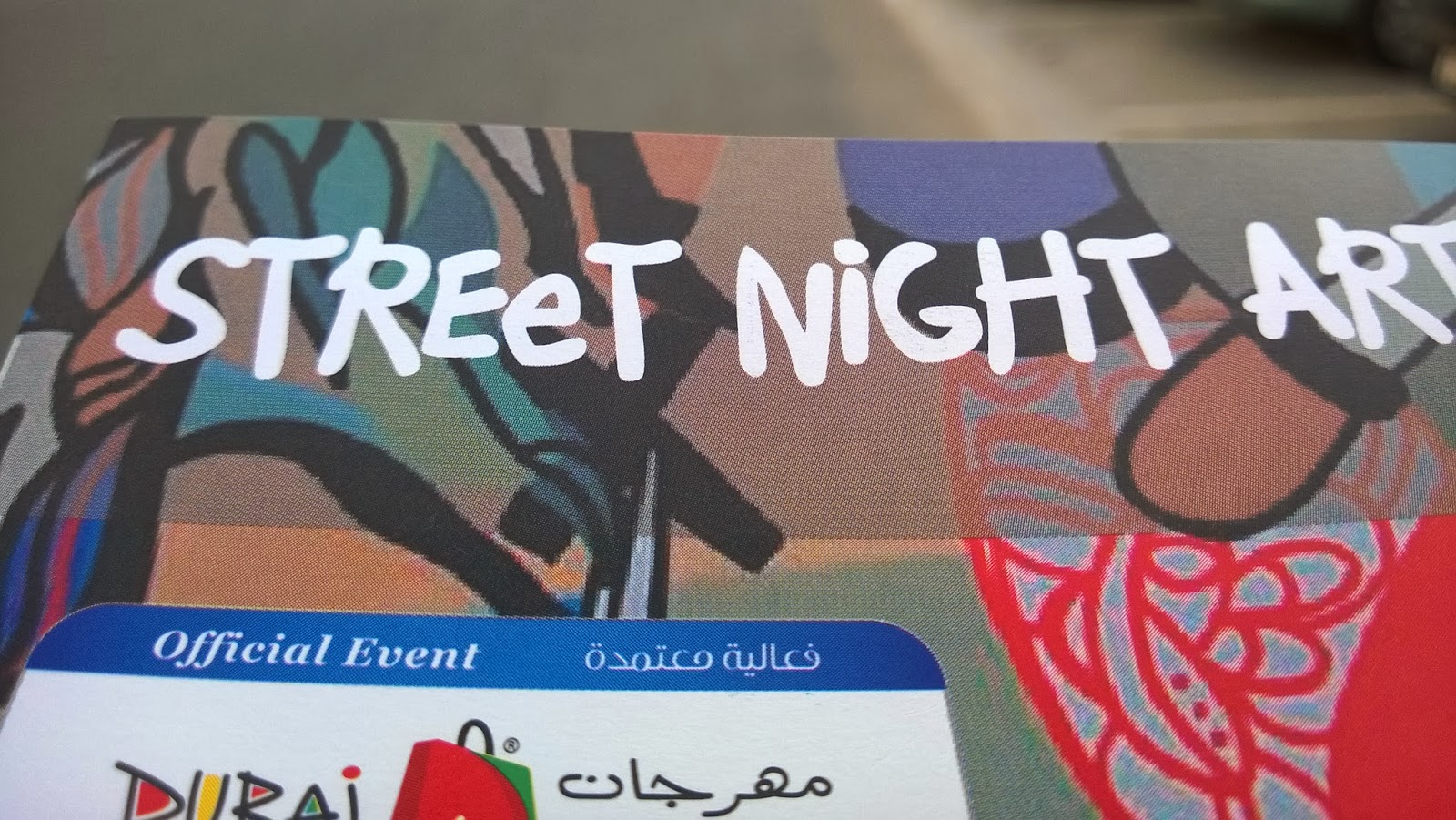 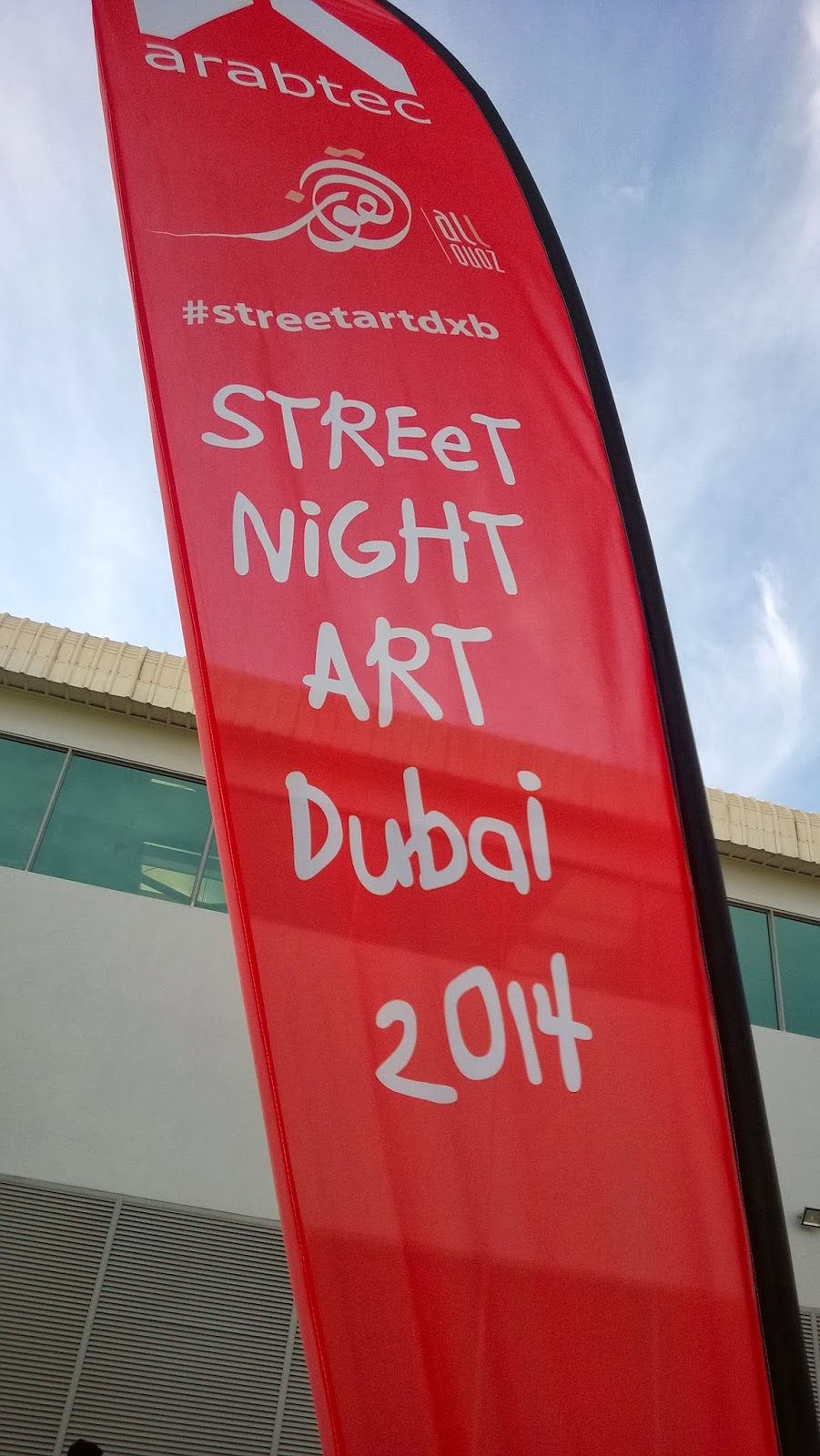 And here I am all set with a pencil and ruler ... 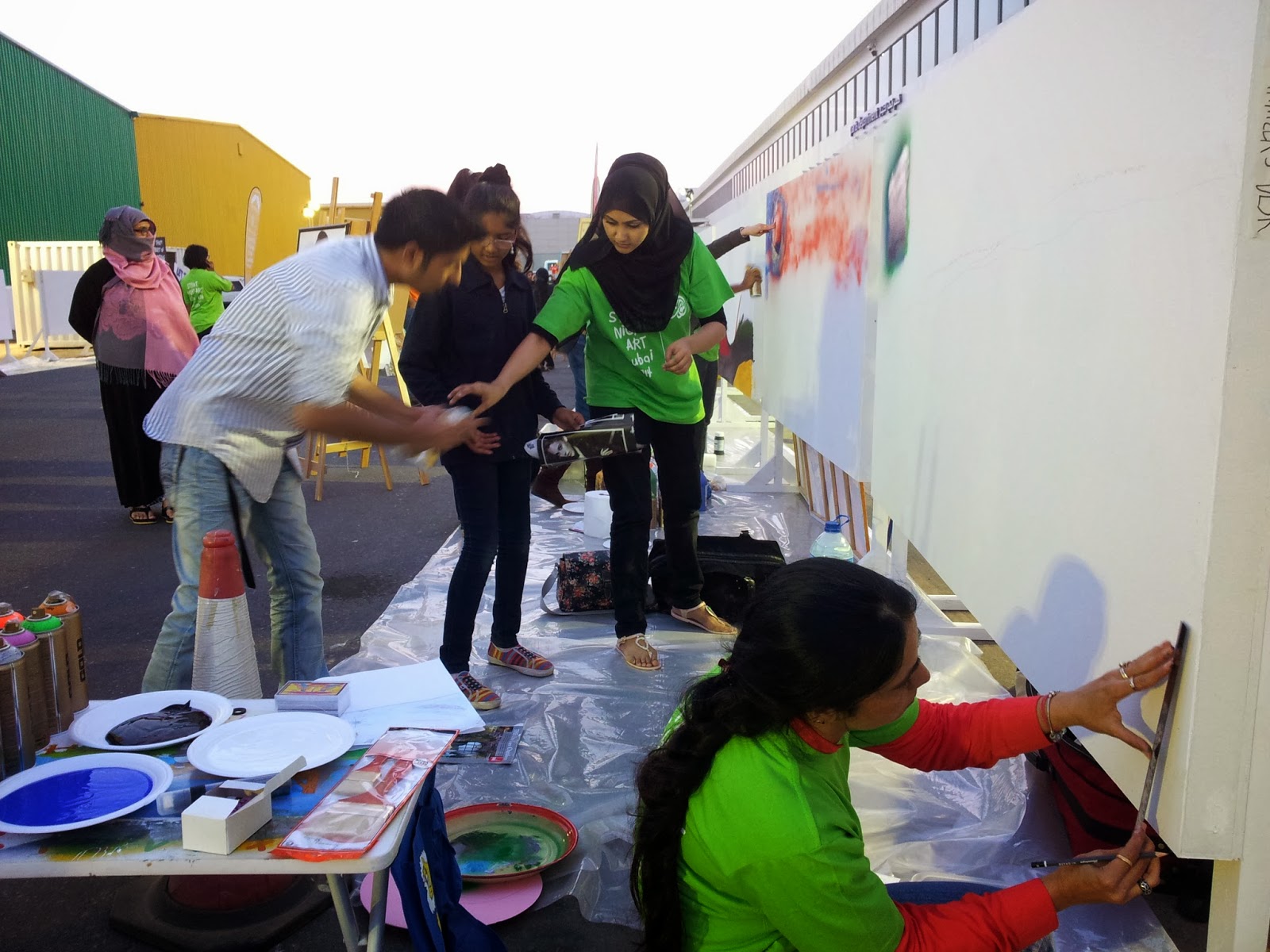 Six o'clock in the evening.... 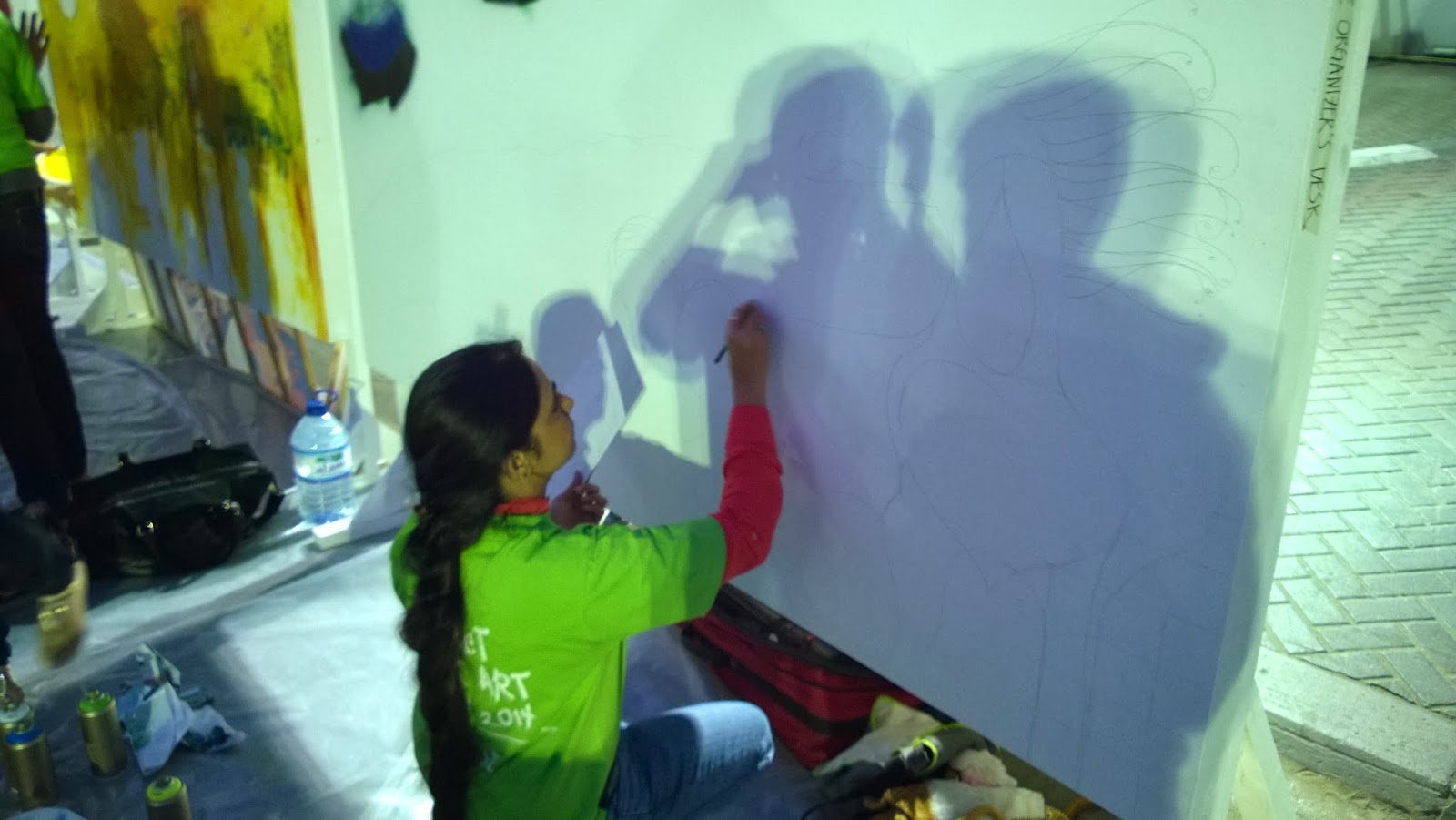 and the adventure begins... 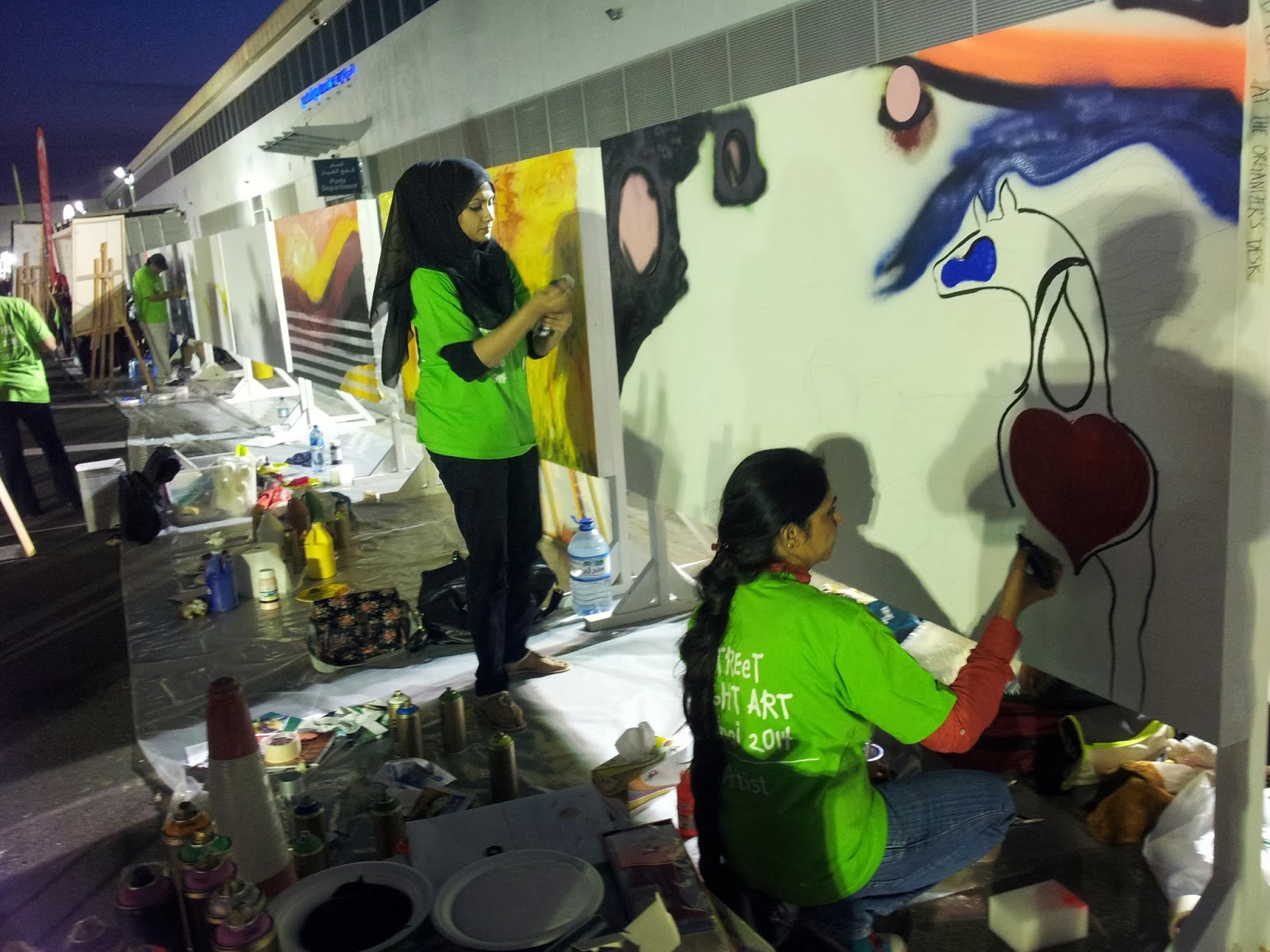 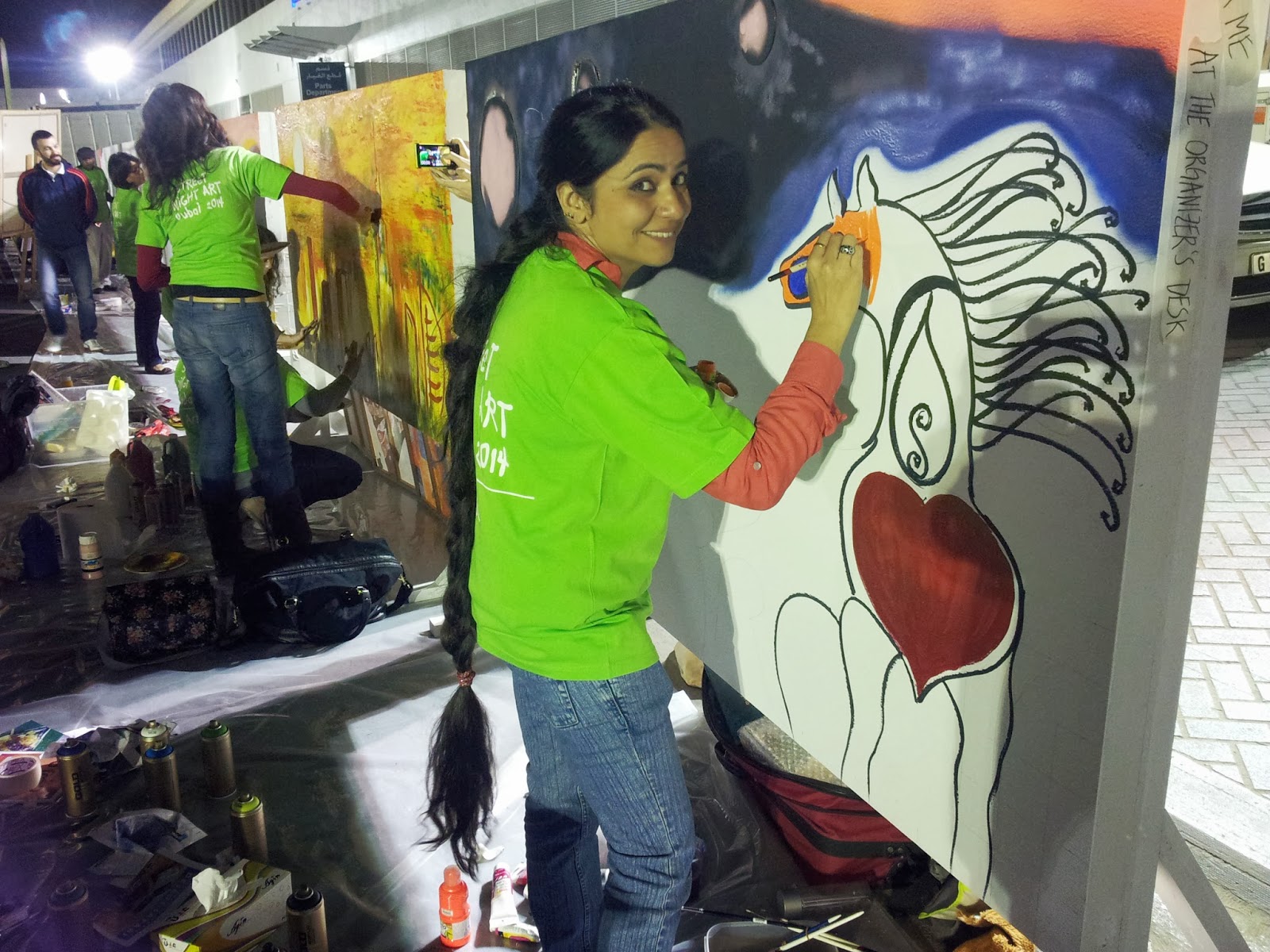 lines by lines...
strokes by strokes...
the canvas starts to brighten up... 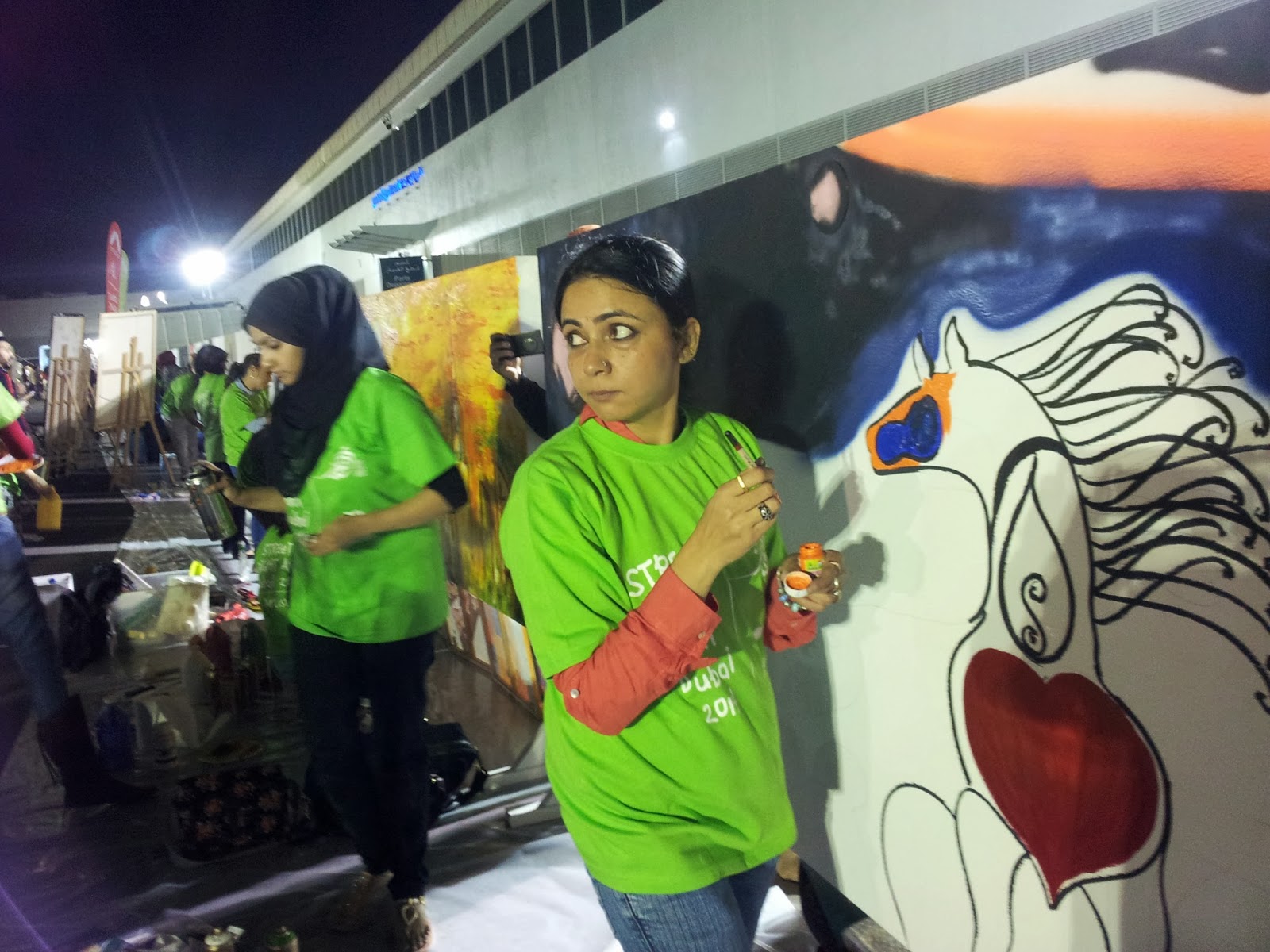 And there was a band on a trailer
...playing some awesome music
....yes we had live music too :) 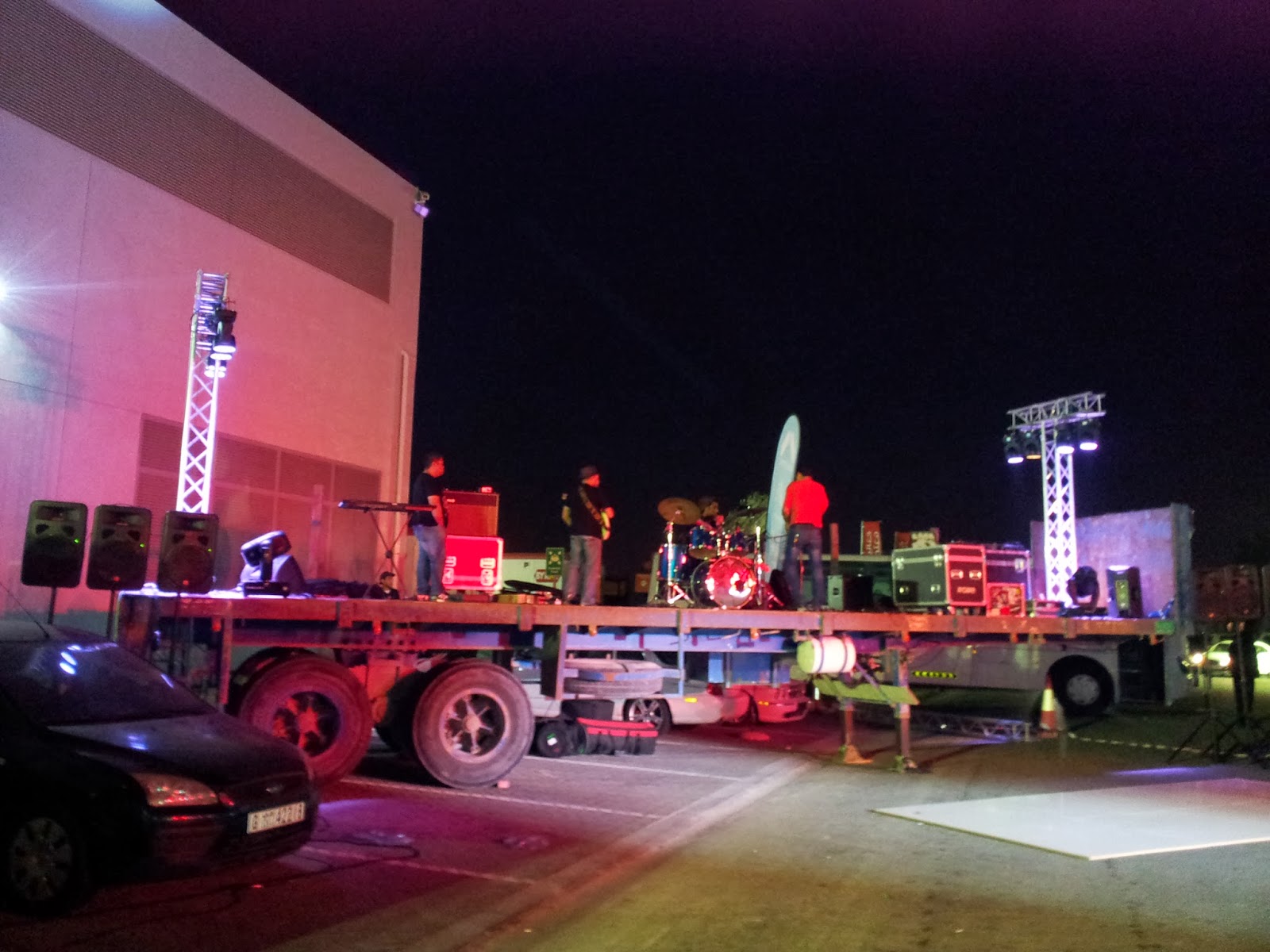 The "Cosmic Adventure" has taken its shape! 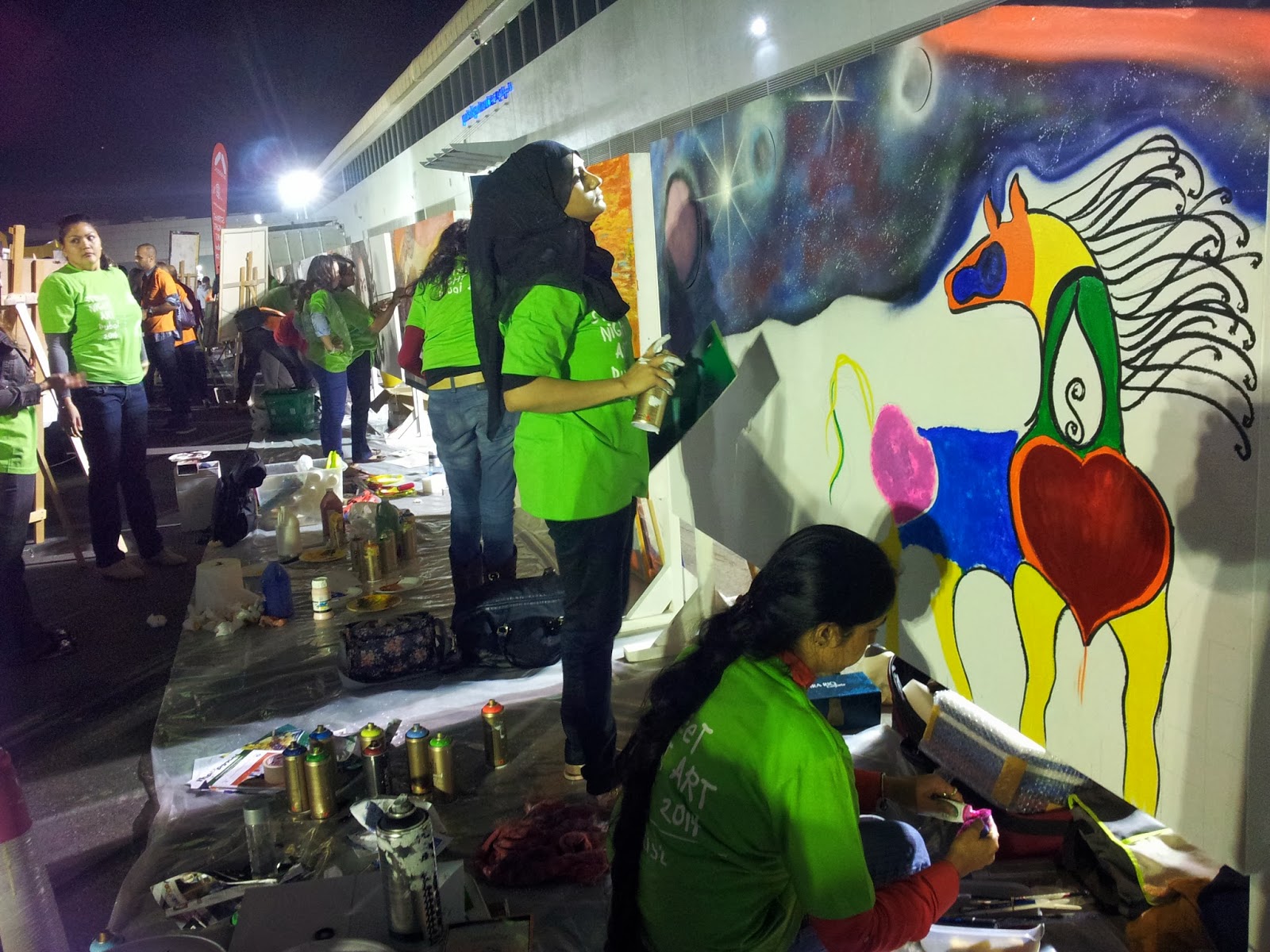 There were two buses which were painted by the team of START ....
there were many cheerful kids, exhibiting their enthusiasm
and my sons were there to paint too :) 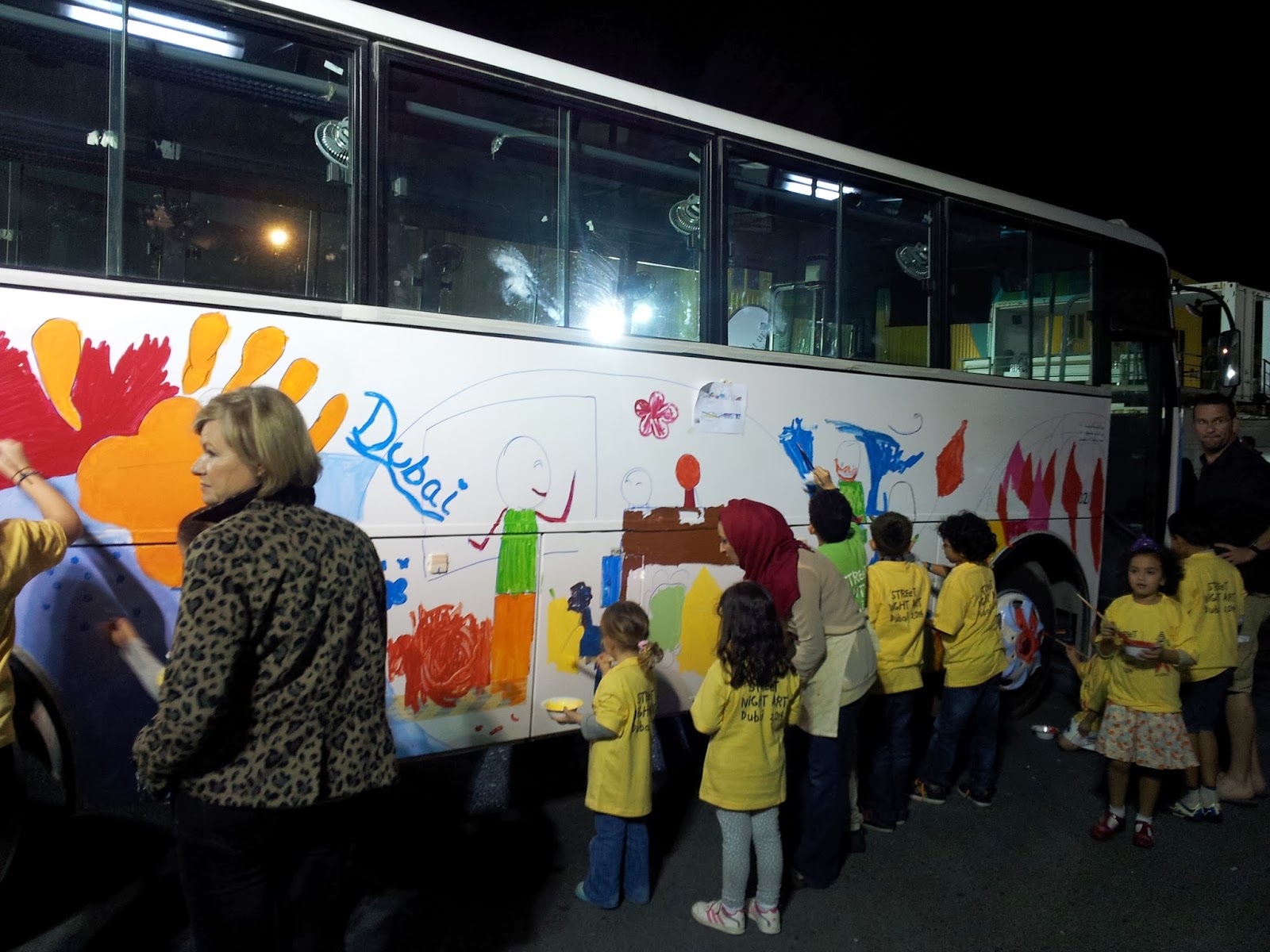 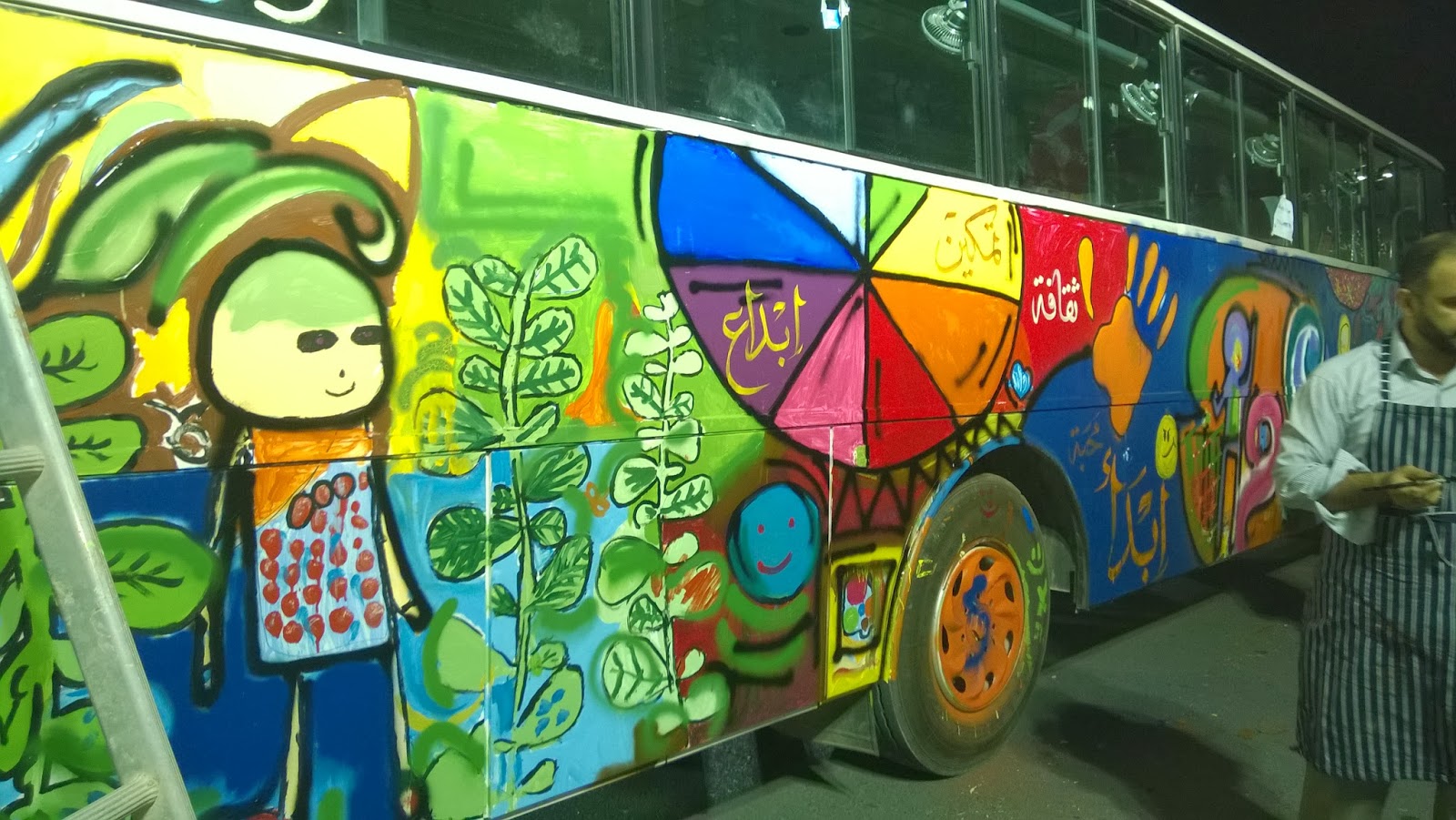 Now a few words about what I painted...

Cosmic Adventure
As the stars glitter in the big wide space …
like cosmic confetti sprinkled all over,
He stands there gazing into oblivion.
Bored of his monotonous terrestrial life
He is ready to explore and discover.
He is not a mere onlooker but has a dream
… a dream of some enchanting celestial venture!
Intoxicated with the celestial bliss he is up for an adventure…in a new territory!
He knows deep in his heart that a new chapter in his life is about to begin.
And as he sees another free spirit
On another celestial body floating in the cosmic Jacuzzi…
He is exhilarated
And feeling at awe
He is ready to take a leap into the unknown!
Yes and he is determined to grow his own wings while on his journey! 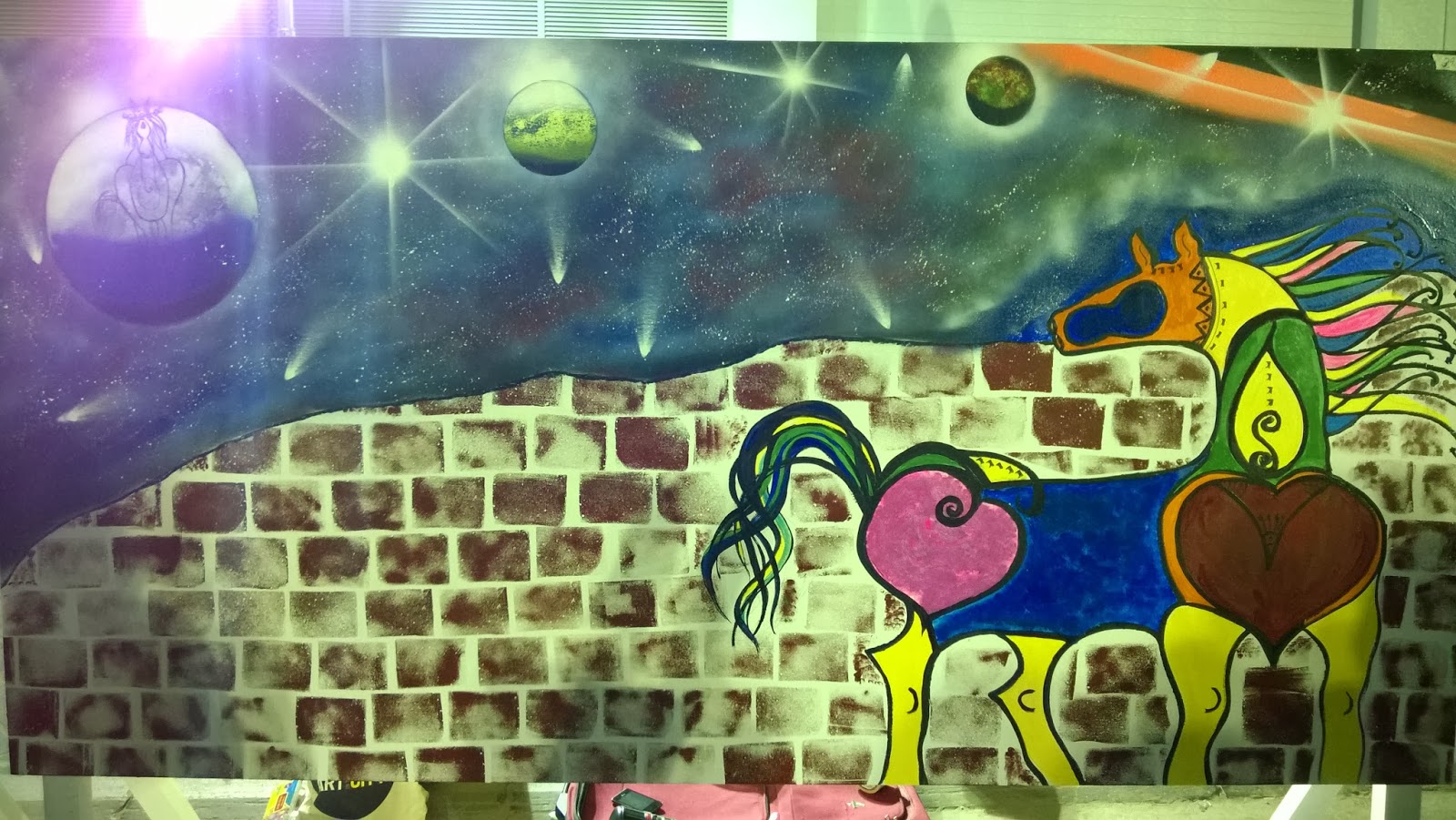 ....do you see a shadow of another being on the other planet ??

Keep visiting for soon I bring in what others did on their panels !!

Ritu Dua
Passionate about anything and everything that relates to art and colour,I am a person who loves to laugh with the family.